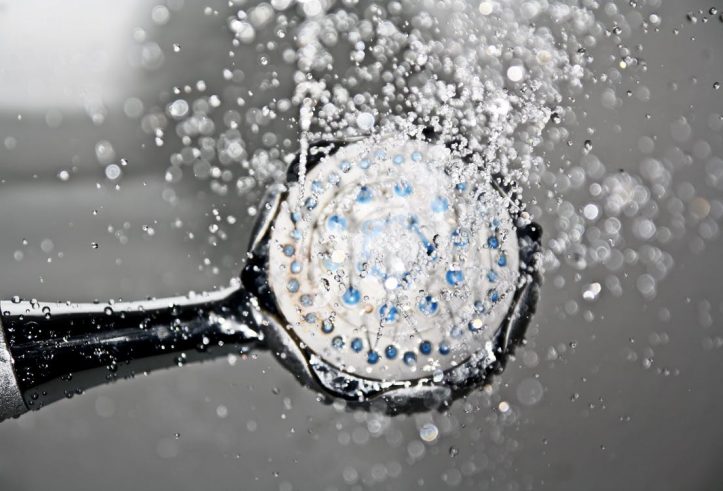 What does a shower cost in South Africa?

With the rapid increase in the price of electricity and water over the past few years, the question is: what does a shower or bath cost in South Africa in 2017?

Most South Africans are aware of the rapidly rising price of electricity (a 300% increase in the period 2007-2015 alone), but the price of water has also been increasing rapidly over the past few years.

These increases are all much higher than inflation. All these municipalities have also done away with the free water allocation of 6 000 litres (6 kilolitres), except for people registered as indigent.

Of course, there is a serious drought in Cape Town, and so the increases seen there might be more justifiable.

South Africans tend not to think twice about the cost of a shower or bath, since both electricity and water used to be very inexpensive.

Is this still true in 2017? We did some calculations and the result is an eye-opener. 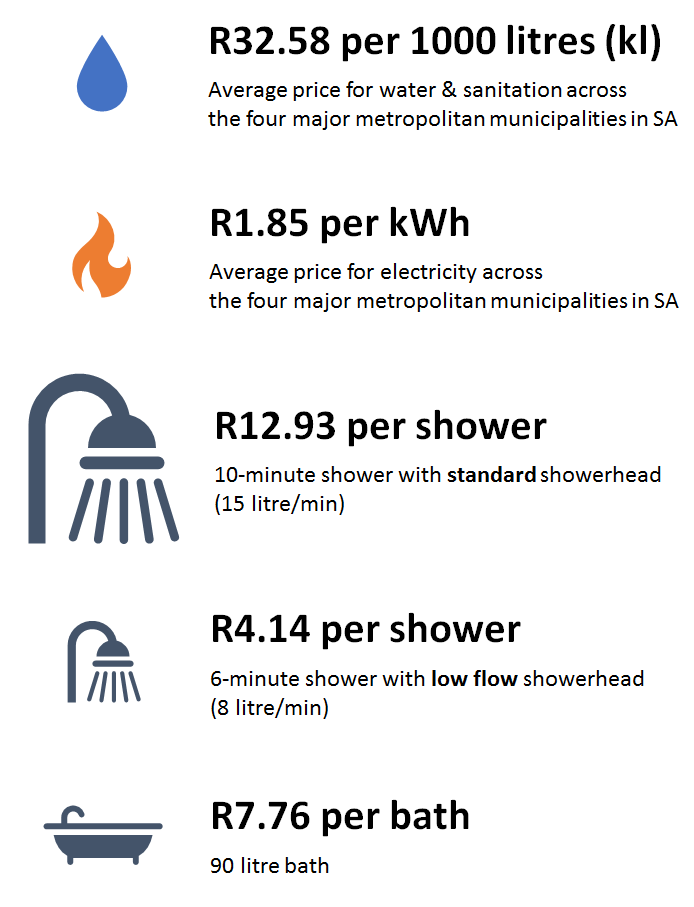 For an average middle-class household in South Africa (LSM7-10), a 10-min shower costs almost R13 if you have a ‘standard’ 15 litre/min showerhead! This is about R1.30/min. By changing to a low-flow showerhead and reducing shower time to 6 minutes, you can dramatically reduce this to just over R4 per shower (or 70c/min).

In either case, it appears that the days of ‘cheap’ showers are numbered, and we can all do with being more aware of just how much water & electricity we use in the shower or bath.

Conventional wisdom has it that showering uses less water than running a bath. However, a typical bath uses 90 litres of water, so if you shower for longer than 6 minutes with a ‘standard’ showerhead, you will actually use more water than if you had a bath… With an average shower time internationally of 8 minutes, a shallow bath might actually be better for your pocket and the environment!

The graphs below show more detailed information on water & energy use and cost per shower for normal & low-flow showerheads, and compared to a ‘standard’ 90 litre bath. 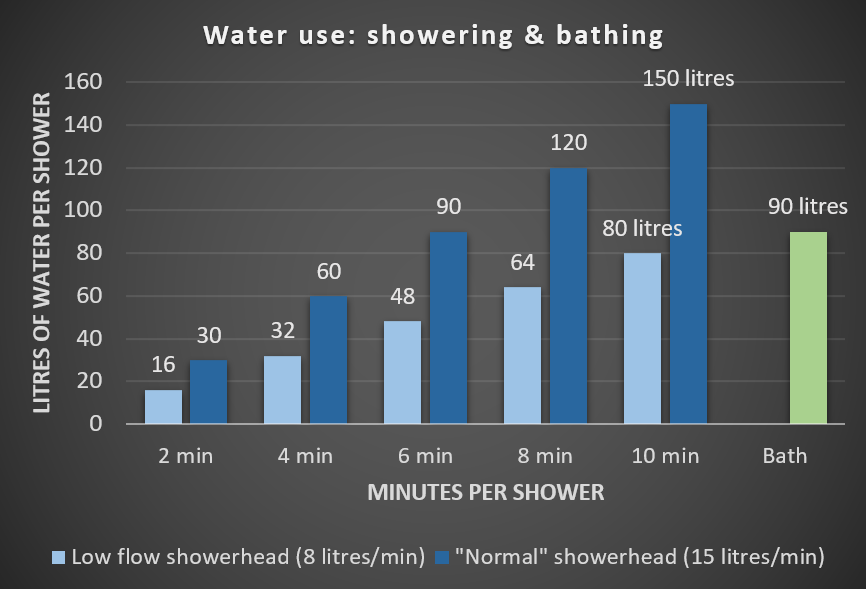 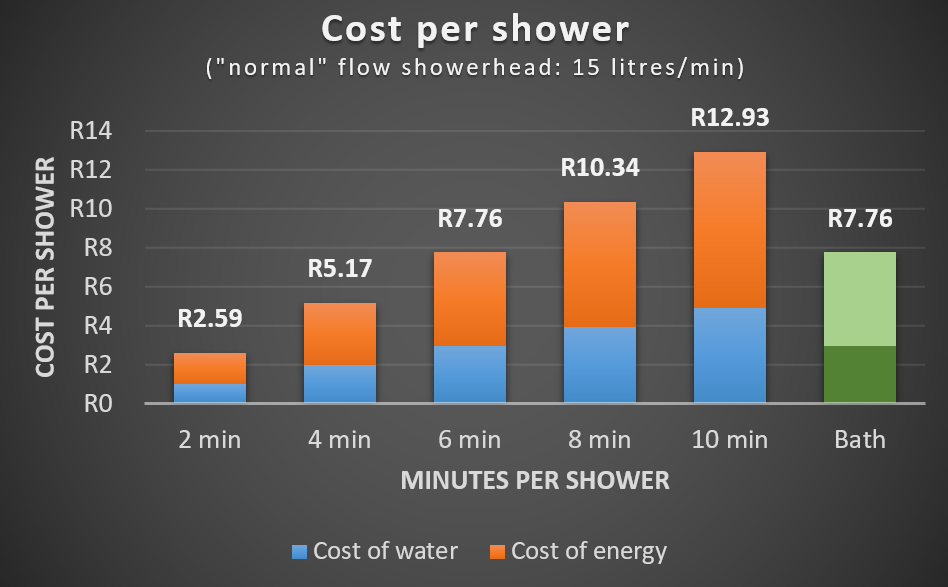 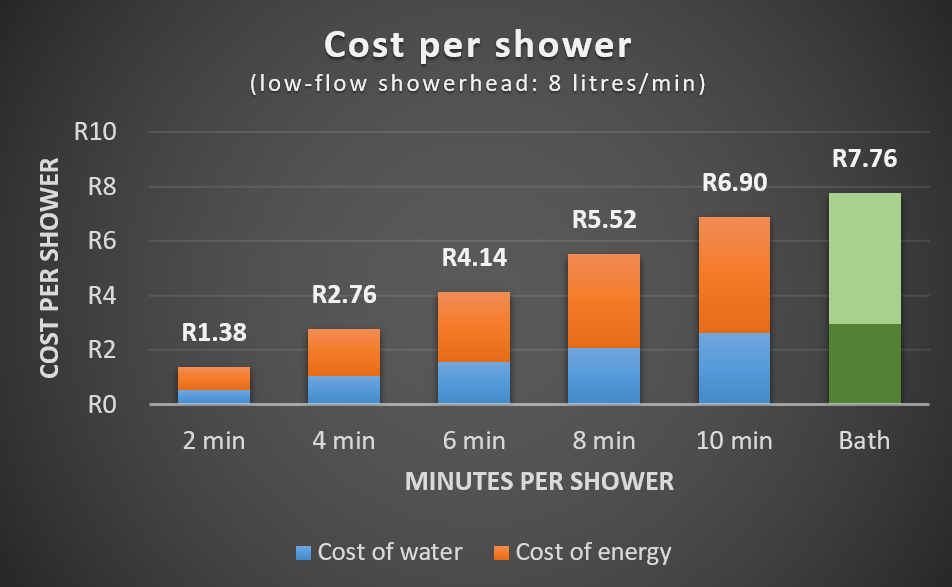